In the last few decades, with Erasmus  and AFS Intercultural Programs lots of high school and college students have chosen to get an experience abroad and travel.

They have helped people to find a new family in a close or faraway country, live there for at least 6 months, learn about a different language, culture and habits.

Go abroad fo 6-12 months is a really big deal because you have to move with all your belongings to another country. Lots of people now choose to send their stuff with a courier, less expensive and more easier than to pay for big luggages and fly with them. 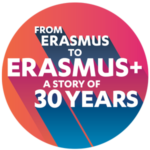 The Erasmus is a European students exchange program created in 1987.

Its purpose is to provide foreign exchange options for students within the European Union. Its name derived from the Dutch philosopher Desiderius Erasmus of Rotterdam,  who wanted to expand his knowledge and gain new insights all around Europe. At the same time, it is a backronym meaning European Region Action Scheme for the Mobility of University Students.

At the beginning, during the pilot student exchange between 1981-1986, the program involved 3,244 people. In 2006, 150,000 students benefited from the program. In the past 20 years more than 2 million people have benefited from Erasmus grants. There are currently more than 4,000 higher institutions participating in Erasmus across the 37 countries involved in the Erasmus program.

By 2013, students who had taken part into the program since 1987 were 3 million. In 2012-13 alone, 270,000 took part, the most popular destinations being Spain, Germany, and France. Erasmus students represented 5 percent of European graduates as of 2012.

Today students can choose between different kind of programs like Plus and Mundus.

Below you can read some testimony of exchange made by Sardinian students but also a testimony of an English one.

The time that I spent in Barcelona was the time of my life, no doubts about it! I met a lot of European friends there and we are still a wonderful group, always trying to organize Erasmus meetings after seven years… And we succeed! Barcelona is my second homeplace since 2010 and the Erasmus months really changed my life.

My adventure began on February and ended on June. I don’t want to describe my personal experience but I want to say what Erasmus means for me and how it changed my life. First of all, you know the world without crossing it. Erasmus means to share your culture with people who come from different countries. It means “never alone”. Every day you meet someone that at the end you’ll consider your friend. It means “never give up”. Be ready to face a lot of challenges. For me it has been the most wonderful experience of my life both for its negative and positive sides.

Exactly six years ago I received a letter that told me I was assigned a scholarship to spend an academic year in Barcelona. I was probably not aware of how my life was about to change. To leave family and friends, live alone abroad, pass examinations in a foreign language, live with people of different cultures … these were the things that scared me more before leaving but when I landed in my new city everything began clear: I had nothing to lose but a lot to gain! Since then I have completed my studies and I live and work permanently here in Catalonia, at an e-commerce as responsible for the content quality of the Italian site. And fortunately, many of the people I know are still part of my life and I consider them to be part of my family.

Well, I did my Erasmus in Rennes and Girona and studied a mixture of language and culture courses to help contribute to my degree in French and Spanish studies back in the UK. I spent a term in each city, and would recommend it to everyone! Over the year I grew in self-confidence and became a more resilience person because of it. Equally, my competence in French, Spanish and Catalan improved as I was making friends out there too. For me, the social aspect of my Erasmus was paramount – I now have a network of friends from across the globe thanks to it! Having been able to cope with an allergic reaction and a subsequent trip to the doctor, or having to cope with our water being cut off and dealing with the utilities company in Spanish has enabled me to be the confident person I am today. As a teacher, I can communicate clearly and confidently with students and I am able to impart cultural knowledge acquired from living abroad.
That experience was a significant part of my university experience and my life, and I wouldn’t change it for anything!

In the heart of northern Sweden, not far from the Arctic Circle, you can find Luleå. A real winter city with a white winter playground and northern lights, a beautiful summer archipelago and midnight sun. My year in the Swedish Lapland was exciting and different. Two are the reasons why I chose it: academically I chose it because it was one of the few places where I could have lectures in English without taking care of the local language; personally, because the contest of the country: feel your hands and ears burning at -35°C, one hour of daylight and staying in a place totally different from your home country. And when I say different is different for everyone who comes there from the rest of the world.

I used to live inside the Campus, everything is concentrated there: pubs, bars, discos, restaurants, supermarkets, gym. You can live your life without leaving the district. We used to go downtown during the weekends to go clubbing or shopping. Depending on the season you can see Northern Lights, you can walk or use the car on the frozen lake. In September, October, you can move to Norway and go to North cape and Lofoten Island -all the exchange students used to go there- In December you can go to Finland and meet Santa in Rovaniemi. During the hard winter, you can book a room in the Ice Hotel and during summer you never sleep due to the H24 sunlight.

It wasn’t a big city but I usually found what I needed there. That’s my Erasmus. Erasmus gave me the time and resources to explore another country and its culture in a way I wouldn’t done on holiday. Above all, I had fun and it’s a great way to meet new people.

If I think about my Erasmus, I feel nostalgia for one of the best times of my life! I still remember all the sensations of that time: the worries before leaving -it was the first time I flew away from Sardinia- and the sadness when I had to leave Scotland to come back home; the first time I went to the Uni it kept me amazed and I thought “wow, it looks like a magical castle!”; my favorite pub, The Oran More -it was a church once- and last but not least, the wonder to see the Atlantic Ocean from the Skye Island.

Glasgow changed my mind, my way to see things and my way of interacting with other people. It changed me for real because I’ve understood that there are millions of people all over the world that fly miles away from home just to share their culture and live new experiences…and I am part of it!

Erasmus changed the way of thinking and leaving of many people. Nowadays there is an incredible exchange of students from different countries that keep in touch as the years go by thanks also to the new social media tools. Erasmus is a world of people who love each other and the world all.

What do you think about students exchanges? If you want to write about your experience, just let us know!