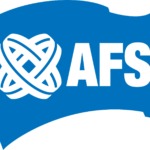 On the same wavelength of the last blog post, this week we are going to talk about the other international program, the AFS Program,  that gives the chance to young students to go abroad and live a year alone, faraway from family and friends.

The AFS Intercultural is an international youth exchange organization.

AFS Program involves thousand of high school students, families and volunteers all around the world. It was founded in 1914 by A. Piatt Andrew, professor of Political Economy of Harvard and an ex secretary of Ministry of Treasury. Initially was created to help the American Hospital in Paris during the I WW. Very soon turned into a voluntary organization. Until the II WW, continued its service offering grants in France and then, in September 1946, the president Stephen Galatti, decided to offer international grants.

Today, the aim of AFS Program is to build an inclusive community of global citizens who want to build bridges among cultures. Also it prepares and activates future leaders, global citizens and change-makers with essential 21st century intercultural skills to engage, lead and collaborate effectively in different cultural settings

What about numbers? AFS is active in 99 countries with 59 network organizations, 40,000 active volunteers and 12,578 participants.

Here you have some testimony of what AFS Program means for young women who decided to take their life by hand and challenge themselves. You will read about three Sardinian girls, a Thai boy who came to Sardinia and an other Sardinian girl who is about to fly away.

I decided to leave my home country because I love learning about new cultures and countries. I heard Honduras was a “risky” country but I did not imagine that it was so much. As the time went on, I got used to it. Freedom, teasing, tears, laughs and the desire to go back have been inside me all over the year. Now that I have to go back to Italy, I’m just crying because I’m leaving a piece of heart here in Honduras. I’m sad because I found a new home and now I feel the same as when I left Sardinia in August 2016.

I grew up so much, I learned a new language, to know me better, to relate and live with people with values completely different from mines. Now there is a new Jlenia and a new life.

My exchange year was immediately a challenge, a question: I did not know what to expect from my host country, Latvia.

I discovered, slowly, day by day, my host country, “its good and bad sides” and it has become part of me. As the months passed, the country, that at the beginning was so strange and distant, became a home for me.

It’s a pleasure to say that, over time, despite difficulties, I established strong ties with people that at first were strangers and the long distance to Italy will not be an obstacle. I have found the friends people usually talk about: that family of friends scattered around the world, close by strong bonds that even the big oceans cannot separate.

But above all, this year has given me people, moments, memories and emotions that will never end because if there is an end for the exchange year, there will never be an end for my Latvia, it will always remain there, carved in my heart!

Being an exchange student for me was a beautiful way to learn how to love life. I’ve learnt how to make the unfamiliar feel like home. I’ve fallen in love with a new country and its people. I laughed and cried of happiness. I overcame challenges and fears. I’ve made mistakes and decided to learn from them. In this experience I’ve found another mom and dad, two brothers, friends from all around the world and, after wandering around and feeling lost, I found myself. In this short amount of time I felt so many emotions and happiness that sometimes it’s hard to put all these feelings into words.

This life defining experience opened my eyes and made me realize how many opportunities the world has to offer. I realized how important it is to be nice and embrace every thing that is different. It’s hard to stop judging but I’m sure exchange students now know how to respect people and how to show gratitude. I’m glad I decided to be part of this family, it was the best decision I made in my life.

My AFS Program in Sardegna bring me many new experiences. I changed so much compared to my old self before coming here. It was difficult at first since I’m not very fluent in Italian. And the fact that I was in a science program while I only done art program in Thailand. But all the trouble which I encountered and overcome it during had shaped me into my better self.

I’m really excited about starting this experience.
I don’t know what to think: maybe I will change, maybe not but I am sure it will be a very important chance to make new friends and to learn the traditions of a new culture.
I recommend it to every teenager and I can’t wait to leave!

So what do you think about this experience? Some of you maybe has experienced both and has a different point of view. Let us know about it with a comment!