Have you ever been in a European o big capital city during Christmas holiday?! I did, and I have been amazed by the Christmas atmospheare that Christmas markets can give to a city! For this reason I choose to tell you about these “Christmas attractions” around the world.

Belfast’s City Hall gardens are transformed into a village setting for its Christmas market. Visitors can wander around its stalls, sampling festive treats from Belgian chocolates and French tarts to various cheeses and German sausages. As well as authentic continental food, you’ll find clothing, arts crafts and decorations from across Europe. 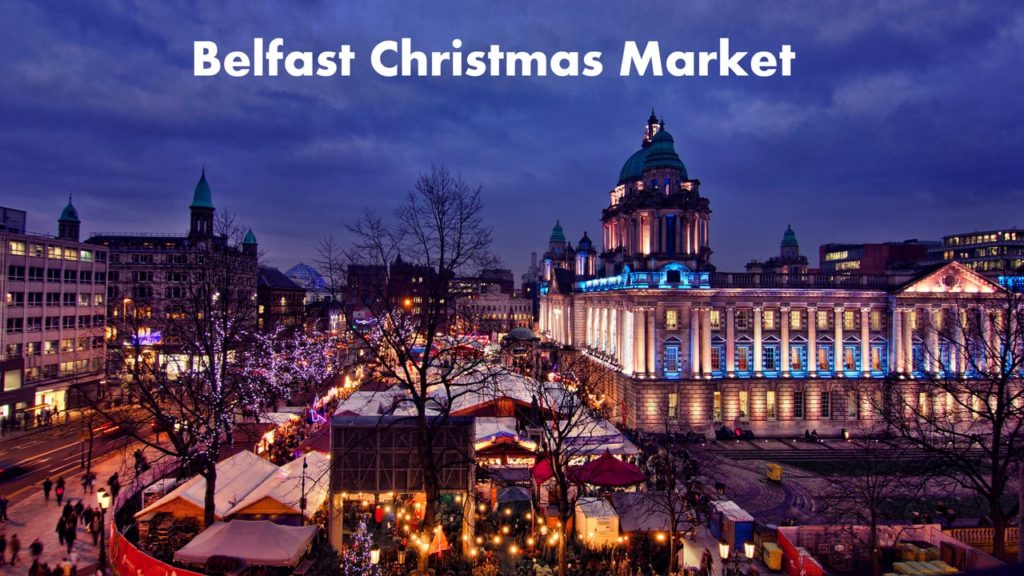 Manchester hosts several markets throughout the city, from a German-style market at St Ann’s Square and French-themed stalls at King Street. You’ll find arts and crafts at Exchange Street, and an international Christmas market at Brazennose Street with a globally-sourced selection of jewellery, leather goods and speciality foods. 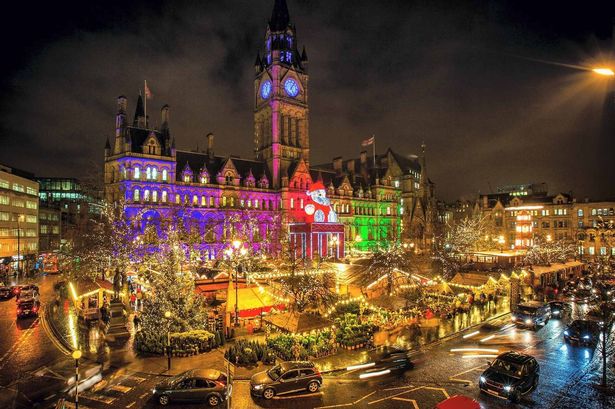 The Glasgow Christmas Market continues at St Enoch Square (November 10 to December 22), with an international array of goods on offer. Visitors can sample Bavarian beers and mulled wine as well as hog roasts and French crepes. This year also welcomes an additional Christmas market at George Square (November 26 to December 29), featuring craft gifts as well as live entertaiment and funfair rides.

There’s a great range of artwork on sale at this traditional market in the centre of Cardiff – from collage and photographic prints to posters and cards. Other stalls sell children’s toys and outfits, glassware and ceramics, knitwear, jewellery and much more. Beyond the market there’s a funfair and ice rink at Winter Wonderland (pictured), the Gruffalo will be putting in an appearance, and Father Christmas will ride through town in his sleigh, pulled by a team of Cairngorm Reindeer. 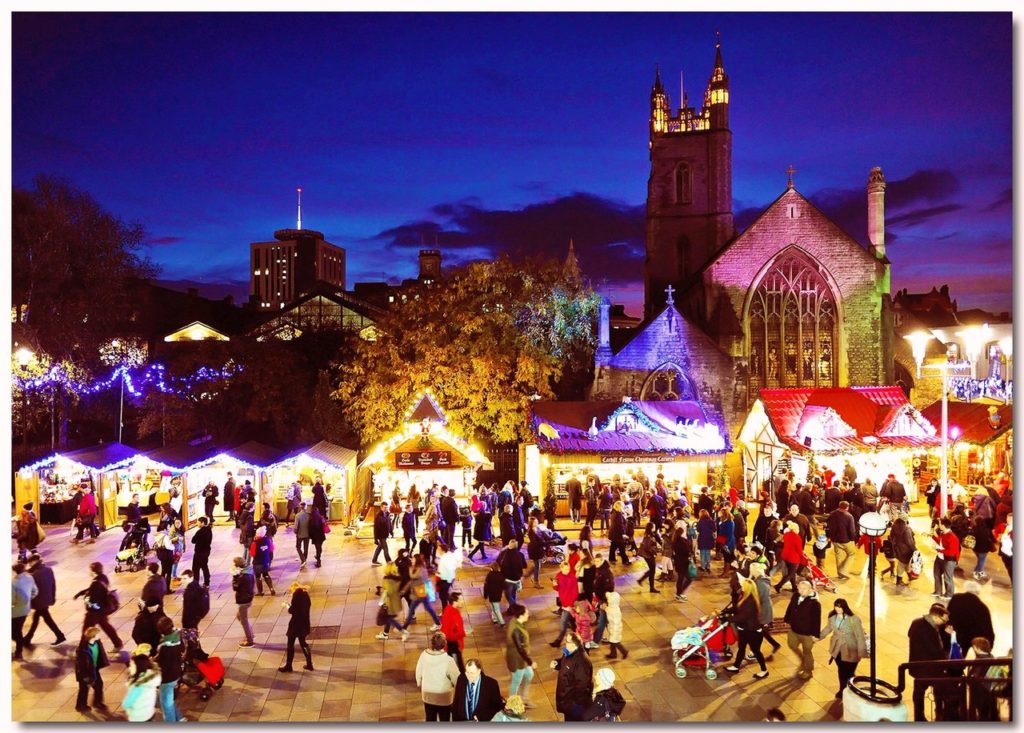 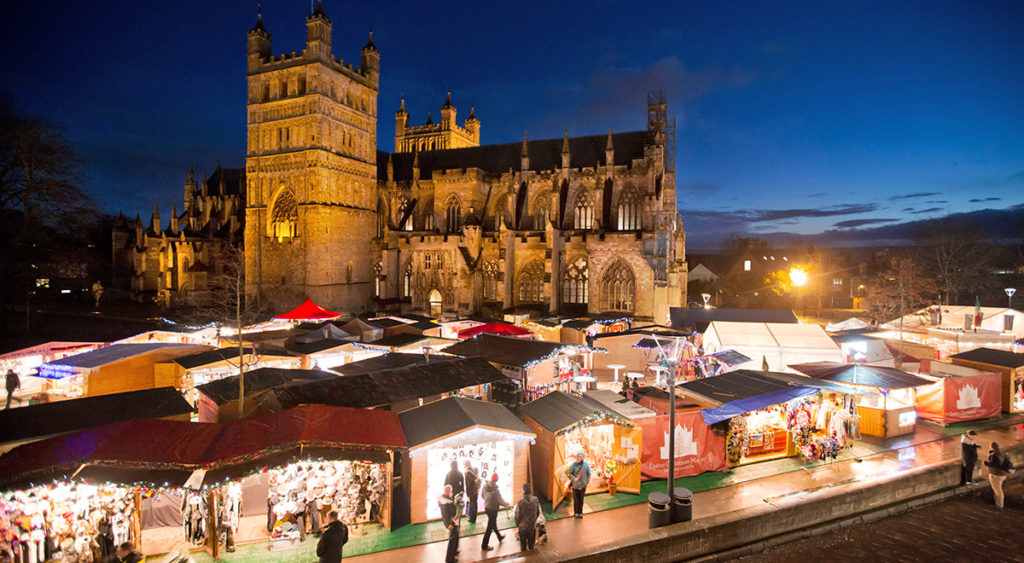 Brighton does things slightly differently. Over three weekends in November and December, local artists will open their homes, studios and workshops to sell a range of arts and crafts direct to Christmas shoppers. Openings – at around 60 venues, from the warehouses of the North Laine to the cottages of the South Downs village of Ditching – will take place on November 26 and 27, December 3 and 4, and December 10 and 11. Items for sale include paintings, prints, upcycled goods, knitwear, jewellery (pictured) and sculpture and textiles. Several artists will hold workshops with drawing classes, craft activities and puppet shows. 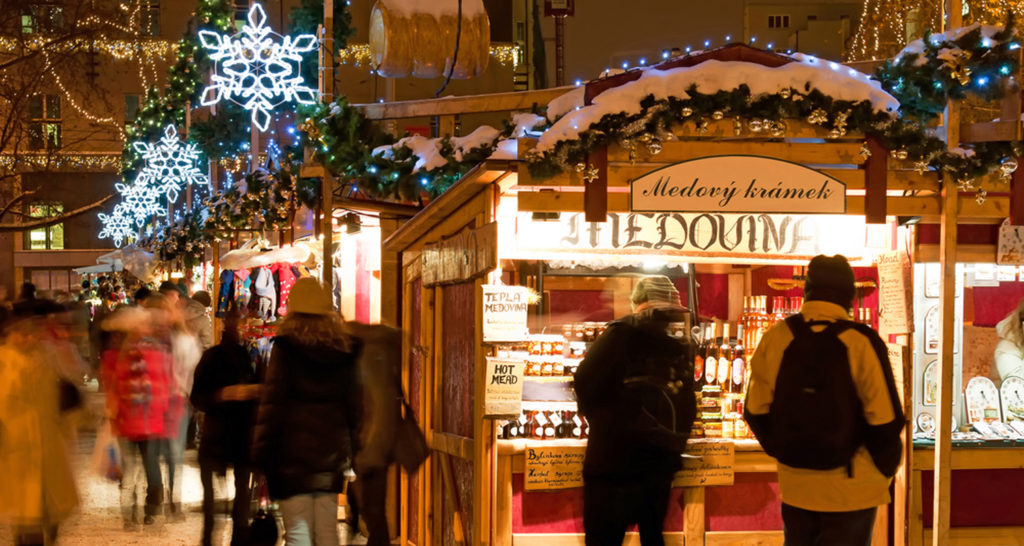 The lovely medieval city of Winchester has one of the largest Christmas markets in the south of England, with around 100 wooden chalets in the Cathedral Close, alongside an open-air skating rink. Stalls sell a rang of craft items, including Christmas decorations, jewellery, hats, belts, artwork and wooden toys and there’s a German theme to the food and drink offerings, with mulled wine and bratwurst.  If it gets too crowded (and it can do) wander beyond the Close into the centre of town; just a short walk away are The Square and Parchment Street, both with a range of interesting independent shops – and there’s more shopping and lots of cafes and restaurants in the surrounding streets.

This quaint Cotswolds town is full of Christmas activities and events, from skating in the Abbey Grounds of the parish church to a lantern parade. Guests can explore gourmet foods from the Charter Market, antiques at Corn Hall, as well as clothes, accessories and crafts from festively-decorated chalets. 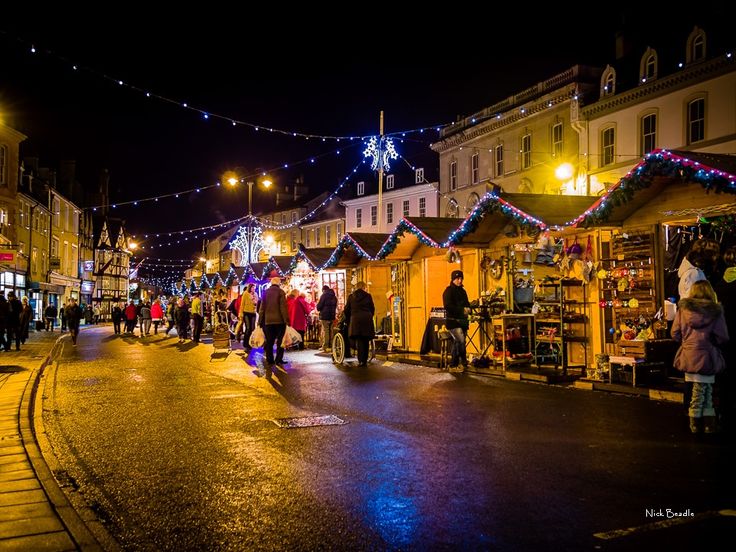 Nottingham’s Victorian-themed gift and craft market (ends December 24) is full of festive delights, from roasted chestnuts, cider and mulled wine to carol singing. The market is spread over Smithy Row, Albert Street and Lister Gate. Visitors can also enjoy Nottingham’s Winter Wonderland (November 19 to January 8) on the Old Market Square, with two winter-themed bars, a traditional carousel, children’s rides, an ice rink and cabin with a deck offering great views of the rink, plus live music. 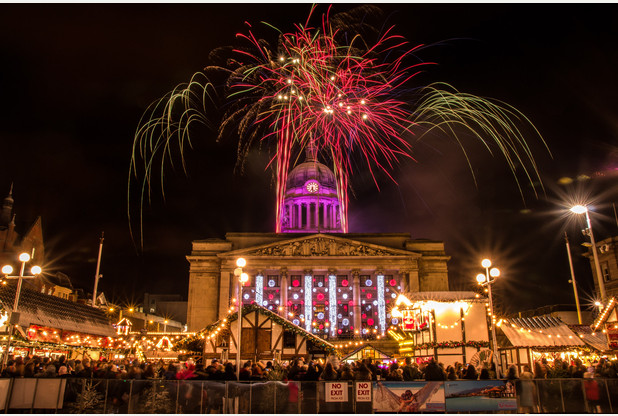 Christkindelmarkt, a German Christmas market set in the heart of Leeds at Millennium Square, offers delicacies including bratwurst sausages, goulash and schnitzels and carousel rides. New features this year include daily live music every Sunday (except November 13) as well as children’s activities such as face painting, games, winter wonderland princesses and other costumed characters. There will also be a new Ski Hutte bar in an alpine chalet-style setting to create an apres ski-inspired atmosphere. 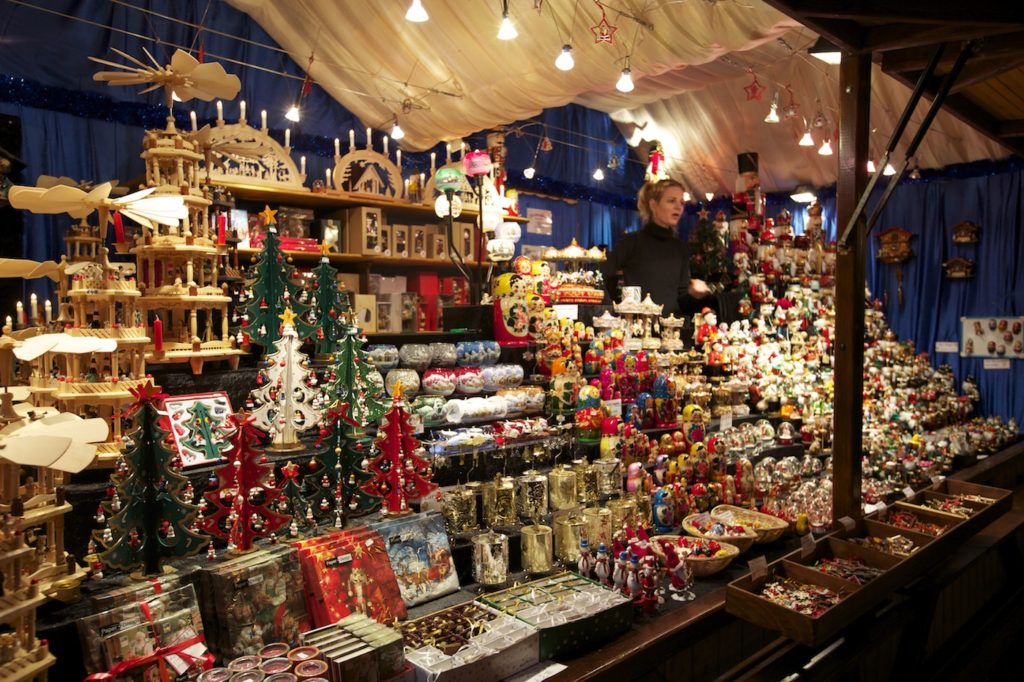 Held at Guildhall Square, Salisbury’s Christmas market includes a Father Christmas Grotto, musical performances from choirs and local schools, as well as a colourful Christmas lantern parade. This year will also feature a life-size snow globe in the Old George Mall on December 4 (10am-4pm) where children and adults alike can also have their picture take with Frozen’s Elsa character who will be there from 11am-2pm.